In my last post on Redefining Manhood I talked about how God has signed unique characteristics, or autographs, onto the hearts of men. Every man is unique from every other but I have found three spiritual autographs that God has inscribed on the hearts of men. By identifying and talking about these autographs instead of trying to bury them we are able to discover who God really intended us to be as men. So what are the three signatures from God on every man’s heart? 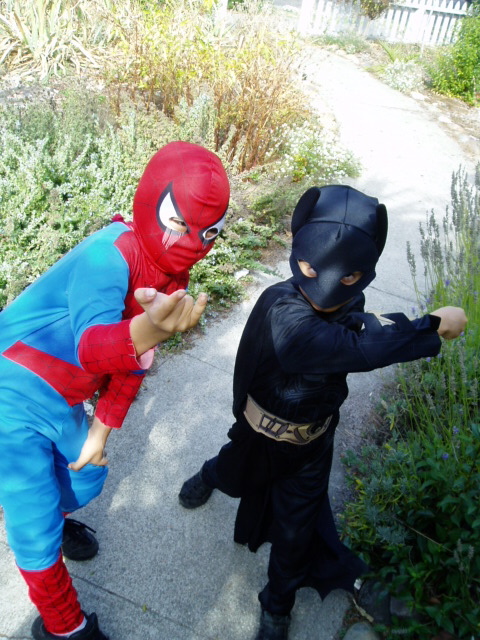 Anyone who has raised a boy knows that when it comes to certain areas they can be much more difficult to deal with than girls. There was a study a few years ago that claimed that your lifespan was reduced 13 months for every boy you raise. I don’t think I agree with that study but it can definitely feel that way at times! God has placed an autograph of risk taking on boy’s hearts.  I don’t know what it is exactly, but little boys will just try anything.  You know, with their bikes they are always jumping off things and jumping over ditches and always getting hurt.  God just stamped that on a little boy’s heart.  Lasette Peterson did a study that confirmed this.  She found in her study that little girls break sooner when riding their bikes then boys do.  That little girls react more negatively to pain and try not to make the same mistake twice.  Does that mean that they are smarter then us?  Probably so.  She found in her study that little boys learn from their calamities, but they tend to think their injuries were caused by bad luck and maybe their luck will be better next time.  Scars are cool.  So what?  Ya know?  That is just the way that God made boys.  Take heart, mom.  God has stamped on your little boy’s heart this risk taking because God wants that little boy when he grows up to step out into the great adventure of the Christian life.  To really step out in faith and to really trust God and to make a difference in his world.  That is God’s plan for every child.

I know some girls that are more competitive then any boy I know.  It’s just that most girls are autographed in a little bit different way.  We are going to talk about some of those things next week and we are really going to get into some of the differences between men and women and boys and girls.  The autograph of competitiveness God has placed in the hearts of boys.  Bill Dolan tells about when his son Tom was a little boy.  He was getting up from the dinner table and Dolan said, “Son, you can’t get up until you drink your milk.”  He said, “Well, dad, I don’t want to drink my milk.”  He said, “Well, that’s not the question.”  So they started arguing back and forth and they were at a stalemate and then I realized what am I doing?  I know this kid.  So, he said, I went to the refrigerator, got a glass of milk and I came back and I said, “Son, I’ll race you.”  He said, “Cool.”  So, they drank the milk as fast as they could and when the little boy was finished drinking his milk, he slammed the empty glass down on the table and he said, “How about two out of three, dad?”  There is something inside little boys called competitiveness and that is great.  God placed it there.  That is the way that God intended for it to be.

Now, these characteristics are great characteristics, but they can also get out of hand and many times our boys are growing up not really understanding these characteristics are being told they are not good characteristics to have.  It is so important that we raise our boys understanding these characteristics because, folks, boys are hurting today.  Did you know that?  We have a generation of boys who are at risk today.  Did you know that studies show that when compared to girls, boys are six times more likely to have learning disabilities?  Three times more likely to become a drug addict?  Four times more likely to be diagnosed with emotional disorders.  77% of the delinquency related court cases in our courts involve boys.  80% of all suicides involve men under 25 years of age.  Boys are in danger today.  Boys are hurting today.  We are raising a generation of boys who are at risk because of all the pressures in our society.  They don’t understand that God has placed these things within their heart and stamped these characteristics upon their heart and they are to flourish and they are to be geared.  We as parents are to lead them and to guide them and to help them by affirming them in their masculinity and who God has made them to be.  My question is, how do we help our boys become a major league man?  How do we do that?  A man who is caring and honest, who is faithful to his wife, a man who is secure in his masculinity, a man who is compassionate? In my next post on Redefining Manhood I will talk about becoming a major league man and discuss how we can become the men God created us to be.

Get the devotional delivered to you daily.